To date there have been very few snippets of information as to what will await fans in September, but one thing is certain – I would like to see a continuation of the quality that season seven brought us.  The character driven episodes are clear winners as they allow for development and emotional engagement.  When the episodes are written well and with a great guest cast, original characters can also be just as rewarding.  The references to older episodes and cases, and the continuation of old, previously unfinished storylines are also a pleasure and very much heightened the enjoyment of season seven.  The balance between the personal and professional lives is currently at about the right level.  Too much of ‘Densi’ at home turns the show into a soap and so far the show has resisted this. Instead of seeing the partners investigate in pairs, team based episodes allow a different level of interactions, as do partner swaps.  Changing the dynamics allows the show to remain fresh, maintains audience interest and hopefully allows new viewers to become fans.

END_OF_DOCUMENT_TOKEN_TO_BE_REPLACED

Season seven has been a roller coaster of a ride for all the main characters.  Each has been allowed the opportunity to develop a little further and to shine in their own right.  There has been no focus on one single character.  And true to the show, the best episodes of the season have been the character driven ones such as Citadel, Internal Affairs, The Long Goodbye and The Seventh Child.

END_OF_DOCUMENT_TOKEN_TO_BE_REPLACED

It had been teased by showrunner Shane Brennan last September, that the finale would see Sam’s family in jeopardy.  Sam’s only known enemy is Tahir Khaled who returned earlier this season in “Revenge Deferred”; his escape neatly setting up his imminent return in “Talion”.    Talion’ law is an old Babylonion principle along the lines of ‘an eye for an eye’ ‘a tooth for a tooth’, and therefore Tahir is not only out for revenge but has come to LA to destroy Sam’s family, as he perceives Sam has destroyed his. END_OF_DOCUMENT_TOKEN_TO_BE_REPLACED

‘Where There’s Smoke…’  is an episode which has whetted the appetite of many a fan girl (and maybe some guys).  Yes it’s the one where Sam and Callen go undercover as firemen, much to the chagrin of Deeks, who fancies himself as Mr November.  And even Nell shares that common fantasy, sighing at the screen in ops each time a fireman appears. END_OF_DOCUMENT_TOKEN_TO_BE_REPLACED

Like most NCIS Los Angeles episodes that feature a name in the title, the eponymous “Granger, O” focused on one character; the Assistant Director.  Owen Granger first appeared in the season three episode “The Watchers” and was instantly disliked and not trusted by the team.  He used them for his own means and investigated Kensi as a possible murderer, even ordering her to be held under house arrest.  And in Kill House, he was responsible for Nell being captured by the bad guys.  As a result, viewers generally have a love/hate relationship with Granger.  Since season four, he has gradually warmed to the team and vice versa, and has even softened slightly since his poisoning last season in Traitor, occasionally showing a slightly more human side to him. END_OF_DOCUMENT_TOKEN_TO_BE_REPLACED

After last week’s intense and immensely enjoyable The Seventh Child, any episode was going to struggle, but Seoul Man manages to hold its own with a light-hearted case, a standalone episode that showcases the team when Hetty assigns them to protection detail.  A South Korean Fleet Commander is in town and NCIS has been asked to assist in protecting him, an order which has Callen questioning why (he’s not done that for a while), and Deeks asking if he can have a cuff mic to go with his swish undercover suit.  But all is not as it seems and soon the team realise there is a mole in the South Korean team, a point which prompts Callen to again challenge Hetty; has she assigned them the case to flush out the mole?  END_OF_DOCUMENT_TOKEN_TO_BE_REPLACED

Sometimes it is the simplest storylines which are the most rewarding. Without complex plot twists, the narrative can focus on character development, the themes and most importantly, the story itself.  This is the case with The Seventh Child; a child suicide bomber is talked out of blowing himself up.  The pre-opening credit sequence sets the mood and tone for the entire episode. Twin boys decide to run away from the men forcing them to blow themselves up. They inadvertently split up but one twin is hit by a car, his suicide vest instantly detonating.  The FBI call on NCIS as the explosive is Binetex, which the team investigated earlier this season in ‘Unspoken’. END_OF_DOCUMENT_TOKEN_TO_BE_REPLACED

The case of the week began with a simple premise; a prisoner exchange goes wrong.  Cuban prisoner Ricardo Pena held in America was to be exchanged for an former US Naval Officer held in Cuba.  When Pena escapes the team are called in to investigate and quickly discover that it was Anna Kolchek who sprung him.  The case then becomes increasingly complex, with the team challenging why Pena escaped rather than head home to Cuba, why the Department of Justice had two separate records with Pena’s details and why it was imperative that Pena be imprisoned.  Eventually Callen and Anna realise Pena is actually a Russian spy who was keen to complete his mission and return to Russia.  END_OF_DOCUMENT_TOKEN_TO_BE_REPLACED

“Matryoshka Part 2” – the episode which promises to reveal Callen’s name.  For the audience, it has been seven years in the making but for G. Callen, it’s been forty odd years – as long as he can remember…

Hetty has sanctioned Sam and Callen to rescue CIA Agent Sharov from the same Russian prison holding Arkady Kolchek, and part two sees the action move to Russia. Yet surprisingly this episode isn’t really about the prison break, even though a reasonable amount of time is devoted to planning the mission; in fact there is very little action at all during the episode. END_OF_DOCUMENT_TOKEN_TO_BE_REPLACED 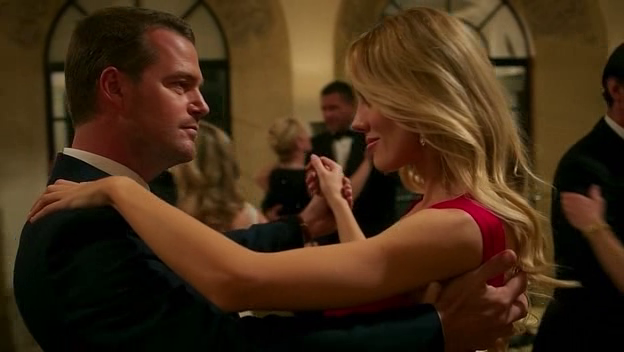 ‘Matryoshka’ is the name given to the Russian nesting dolls.  Each time a doll is opened, a smaller one is found inside until an entire family is revealed.  The dolls are an analogy to the mysterious past of Callen.  Every time a secret is revealed, he is a step closer to discovering the truth about himself, his family and the past he cannot remember.  When he does encounter someone with information, they usually die (Eugene Keelson, Alexa Comescu, Hans Schreiber), and during the season six finale, Arkady Kolchek is also removed from his reach.  Arkady is a tantalising link to Callen’s past; he’s met his father. END_OF_DOCUMENT_TOKEN_TO_BE_REPLACED